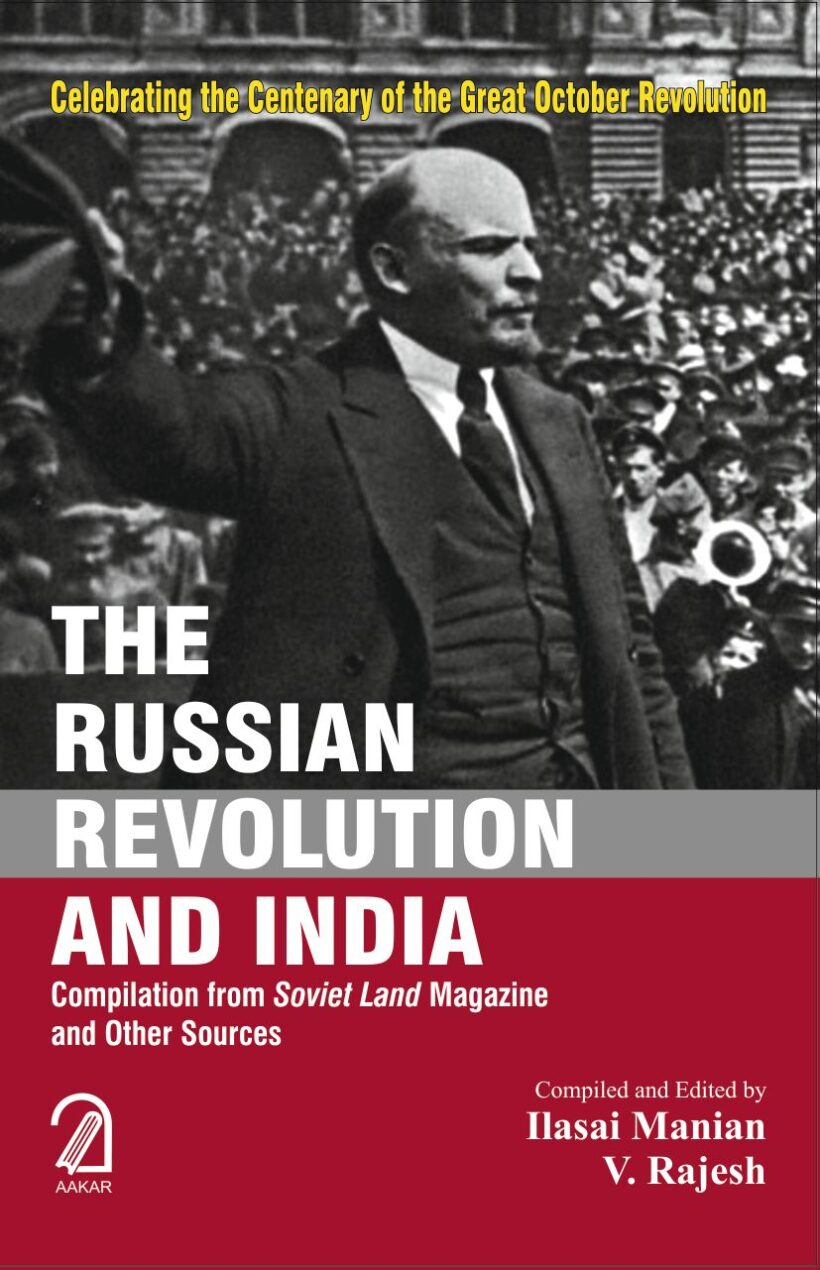 THE RUSSIAN REVOLUTION AND INDIA: Compilation from Soviet Land Magazine and Other Sources

“The October Revolution undoubtedly produced a radicalising effect on the Indian situation from the very  beginning. Why was this so? At the end of World War I, India was astir with workers’ strikes and massive demonstrations against British repression. Peasant unrest was also growing. It  was this awakened India, entering the mass phase of its fight  for independence, which looked to the Russian Revolution and to its leader Lenin for inspiration and help… They further saw that Lenin and  other leaders of Soviet Russia stood for a new social order in which exploitation of man by man is ended, an order based on brotherhood, equality and cooperation of men, and had established a society in which the working class and the toiling people had come into their own and taken over the reins of administration to build socialism.”

Ilasai Manian is Secretary, Ragunathan Library, Bharati Research Centre, Ettayapuram, Tamilnadu. He is a recognized scholar on studies related to revolutionary nationalist poet Subramania Bharati in Tamilnadu. His two volume edited work titled Bharati Darisanam is an invaluable source to scholars working on the life history of Subramania Bharati. He is a prominent Marxist cultural activist from Tamilnadu.

V. Rajesh is Assistant Professor in Department of Humanities and Social Sciences, Indian Institute of Science Education and Research Mohali. He is the author of Manuscripts, Memory and History: Classical Tamil Literature in Colonial India published by Foundation Books, New Delhi in 2013. He is currently working on the intellectual history of early communist movement in Tamilnadu.