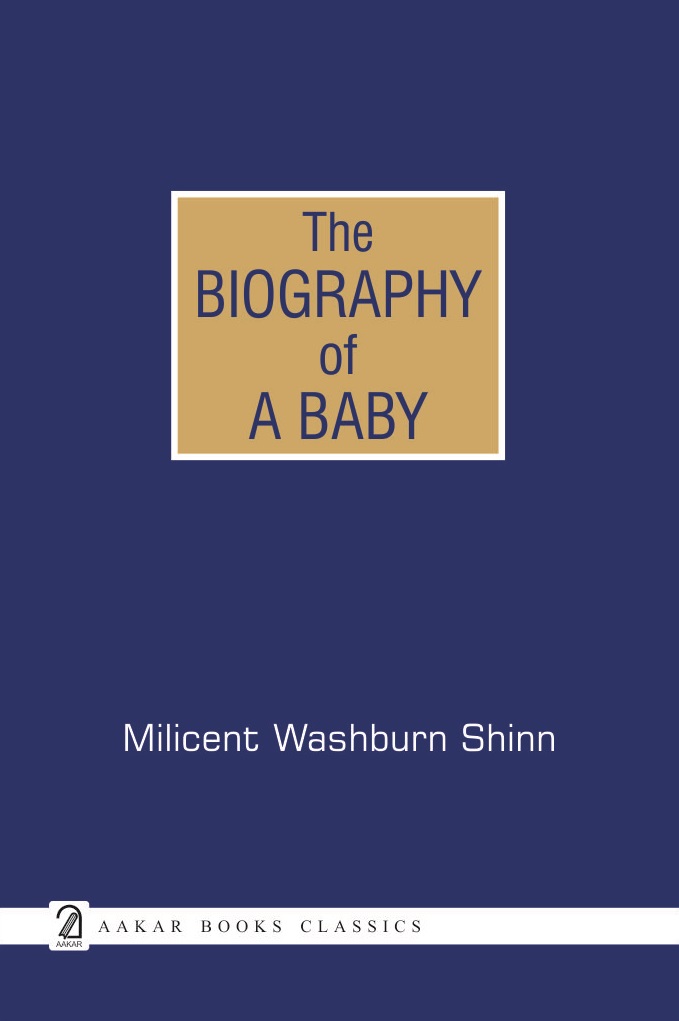 The Biography of a Baby

The Biography of a Baby contains some of the most sensitive observations of a baby’s first year. The author made her observations throughout her cherished niece’s first year, documenting each new behaviour in great, glowing detail. In her exuberant, warm-hearted descriptions one can see the emergence of affective, motor and cognitive learning. Few observers are able to catch all three of these levels. Description of a single child was the method of study in that era and gives the same detailed observations later made so famous by Jean Piaget.

Milicent Washburn Shinn was an American child psychologist best known for her seminal systematic observational study of a child. The daughter of a farmer and orchard-tree nursery owner, she was born on a ranch in Niles, California, in 1858. Some of her earliest influences were family members: her brother Charles Howard Shinn and her cousin Edmund Clark Sanford who was a prominent psychologist.

In 1890, her brother’s wife gave birth to a daughter, and Shinn began keeping a journal of the infant’s mental and physical development. At the same time, she enrolled at the University of California as a graduate student, and in 1898 became the first woman to receive a PhD there. Her work in infant development was recognized in her field as one of the few systematic observations available in English, and she further popularized her views by writing several articles and a book, The Biography of a Baby (1900). Shinn became quite well known for her psychological work. She was the editor of Overland Monthly publication until 1894.