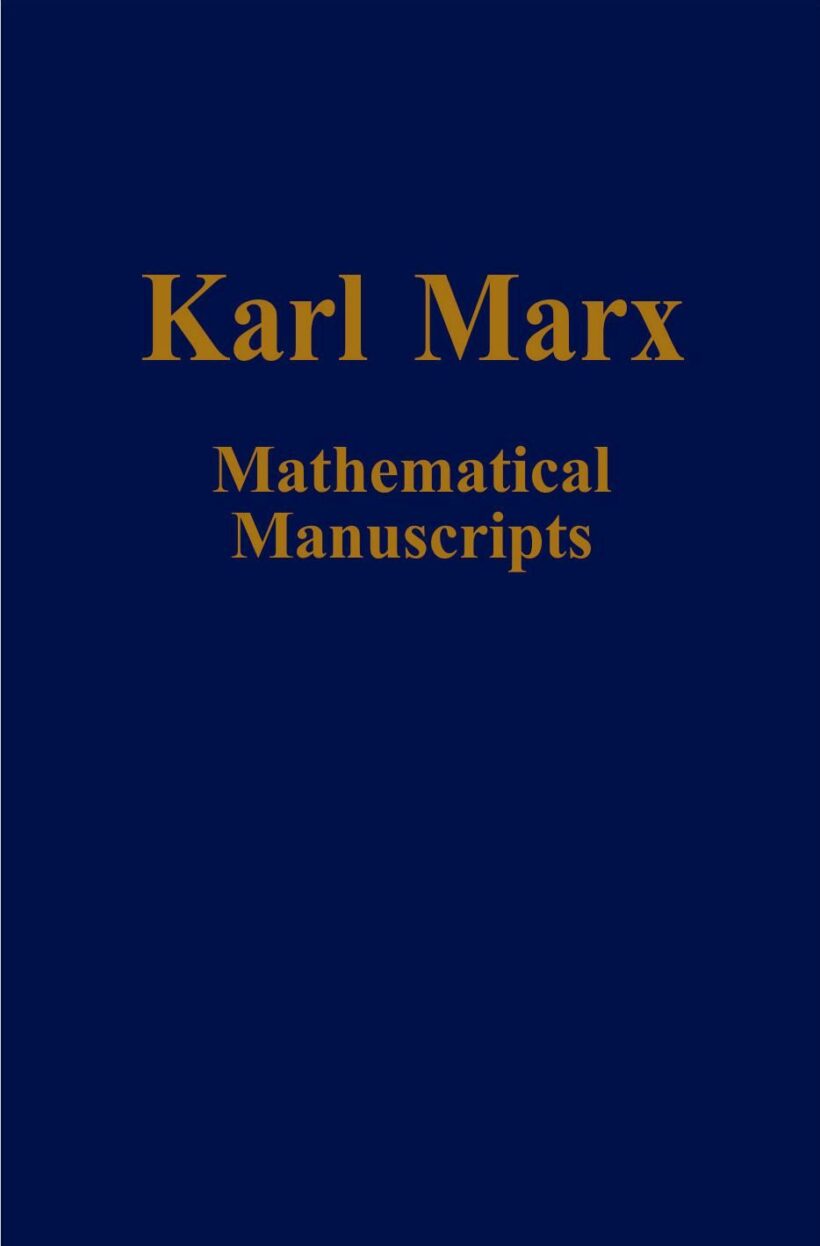 Karl Marx conducted his mathematical studies and investigations from around early 1850s till his death. These studies became more and more intensive during the 1870s and 1880s. Friedrich Engels first spoke of the importance of Marx’s mathematical investigations in his grave-side speech in memory of Karl Marx delivered on 17 March 1883. He then indicated the existence of Marx’s mathematical manuscripts and his desire to publish them in his Preface to the second edition of Anti-Dühring, in 1885.

The present second revised edition of the first  complete English translation (Calcutta: Viswakos, 1994) of the bilingual – Original Language (mainly German)-Russian – edition K. Marks, Matematicheskie Rukopisi [K. Marx, Mathematical Manuscripts] (Moskva: Nauka, 1968) contains various types of texts. These include Marx’s completed and incomplete manuscripts devoted to describing and analysing the nature and history of differentiation of analytical functions up to the time of Joseph-Louis Lagrange (1736-1813), the history of differential calculus up to that period, and the theorems of Taylor and MacLaurin; his notes and excerpts on the history of mathematics, commercial arithmetic, algebra, trigonometry, conic sections, and differential calculus. The mathematical manuscripts of Marx are slated to be published in the original languages as Marx-Engels-Gesamtausgabe (MEGA2), Volumes I/28 and IV/30.

The present volume also contains extensive Editorial Notes and some Appendices on the concept of limit, the theorems of Taylor and MacLaurin and, Lagrange’s theory of analytical functions in the sources consulted by Marx; the lemmas of Isaac Newton cited by Marx; Leonhard Euler’s calculus of zeroes; The Residual Analysis of John Landen; and, the principles of differential calculus according to Jean-Louis Boucharlat indicated and/or excerpted by Marx.

EDITORS: The mathematical manuscripts of Karl Marx were first edited during the years 1925-1927 and 1930 by the famous German-American mathematician, statistician, pacifist and political writer Emil Julius Gumbel (1891-1966). The next editor was the Soviet Russian logician, philosopher and historian of mathematics Sofya Aleksandrovna Yanovskaya (1896-1966).