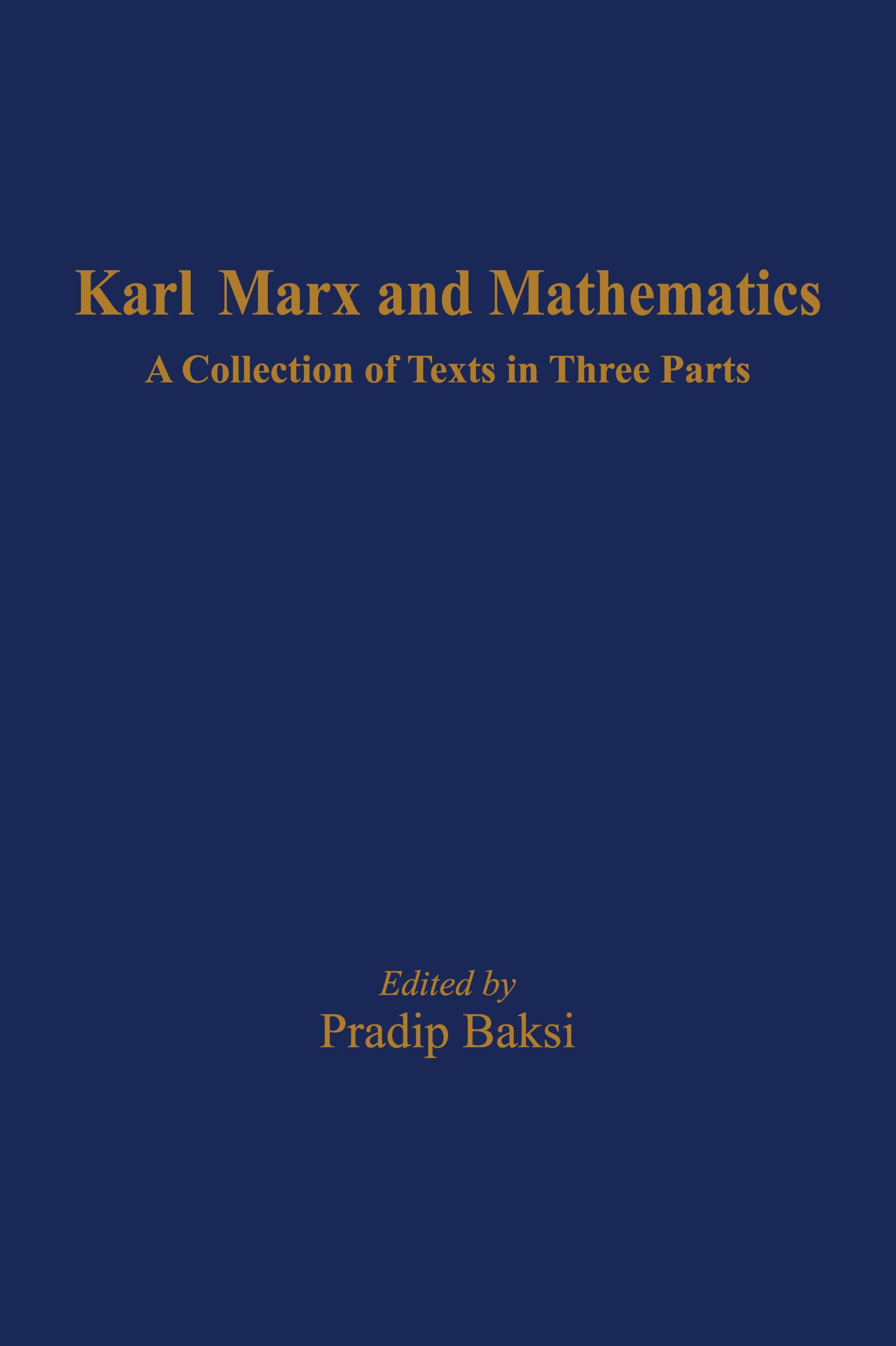 This collection of various texts on Karl Marx and Mathematics is the revised and extended second edition of the Special Supplement to Karl Marx, Mathematical Manuscripts (1994; Calcutta: Viswakos) titled Marx and Mathematics. A part of the additional information included in the present collection has evolved during the last 25 years. Some of the relevant developments of this period have been indicated in the Translator’s Note to the revised second edition of Karl Marx, Mathematical Manuscripts (2018, Delhi: Aakar Books). The remaining part of the information indicated in this introduction and collection existed but was either inaccessible to most people before the emergence and development of the World Wide Web or, was neglected by the earlier editors, including the present author. The sources of the texts included in the three parts of this collection and, some biographical information about their respective authors have been indicated at the end of each text.

The emergence and development of the Ethnomathematics movement continue to change our understanding of the history of evolution of plural mathematics on planet earth since the Neolithic age. Rediscovery and study of some of the neglected source texts

have further energized investigations on the subsequent history of mathematical cultures, including those on the histories of algebra and analysis in some of the ancient and medieval languages of Asia, like Sanskrit, Arabic and Malayalam. Consequently, it is now possible to indicate some of the larger gaps in the dominant understanding of history of mathematics not only in Marx’s time, but also at the time of editing Marx’s mathematical manuscripts in the twentieth century, and even today. Finally, the emergence and development of mathematical and statistical software packages are vigorously reshaping our ways of conceptualizing and doing mathematics towards an unknown future. It is time now for taking yet another look at all mathematical text from the past and that includes the mathematical manuscripts of Marx.

These texts have been divided into three parts. Part one contains some topical texts related to the history of emergence, development, editing, publication and reception of the mathematical manuscripts of Karl Marx. Part two contains a selection of five articles reflecting some of the investigations inspired by these manuscripts in Russia, India and France. Part three contains five articles on plural mathematics before and after Karl Marx (1818-1883). The texts in this collection are followed by two appendices containing two bibliographies: one on Hegel and mathematics and, the other on mathematics and semiotics.